2018 will be Break's 50th Anniversary and they will be releasing 50 Hare sculptures on the GoGoHares trail.

The Eastern Daily Press and Norwich Evening News covered the launch of the Royal Arcade's GoGoHare on Saturday 17th February.

ERMCIC are working with Chatterbox, the Norwich Talking newspaper on their GoGoHare named Hare All About It!

This bright yellow hare sports black glasses and a nifty jacket made of newspaper. This represents the Chatterbox logo and the service the charity provides - talking news for visually impaired people. Chatterbox celebrates its 40th anniversary this year and has passed the 2000 edition milestone! 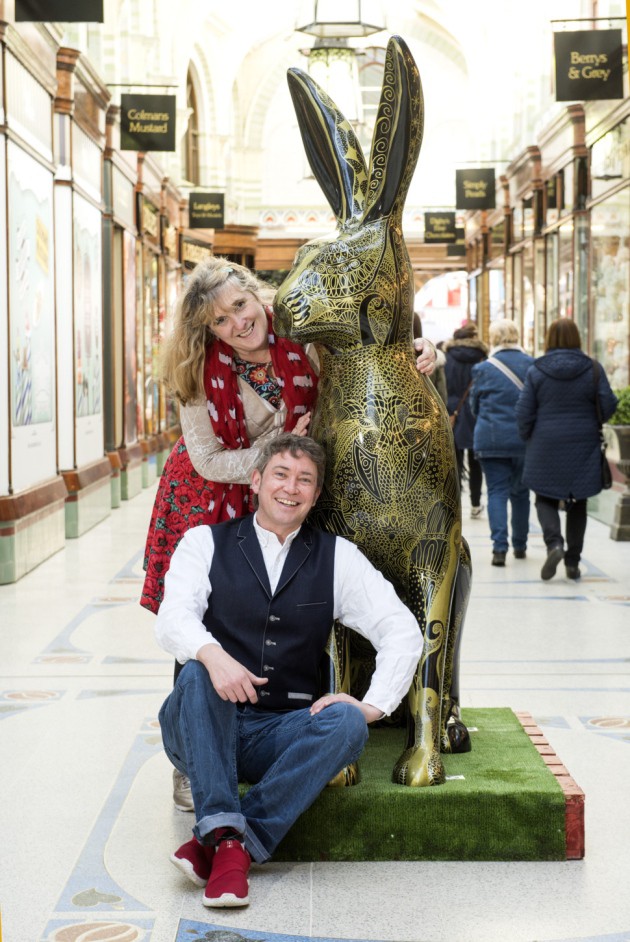 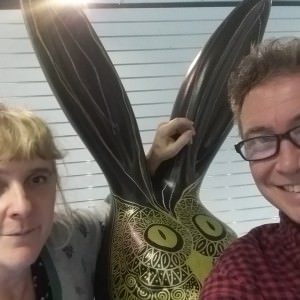 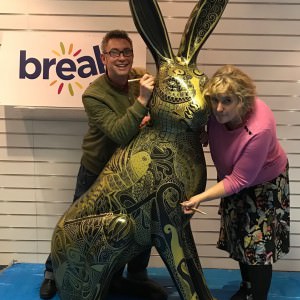 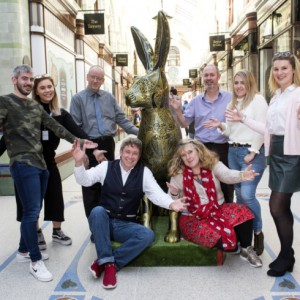 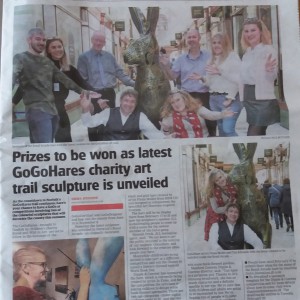 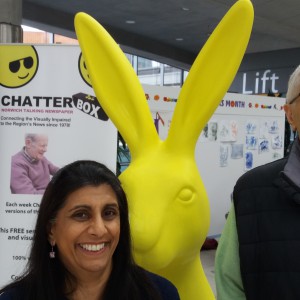 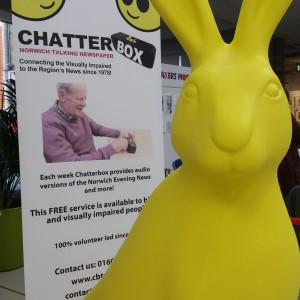 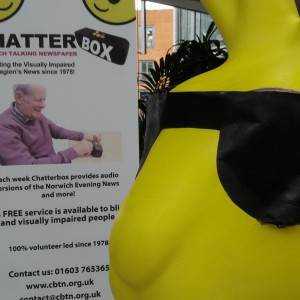 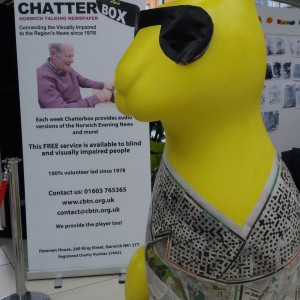